The monarch butterfly does something no other insect in the world does – migrate a phenomenal 2500 miles each fall to a small remote area in central Mexico, where it has never been before. How does it do this? That is a question scientists are still working at figuring out. 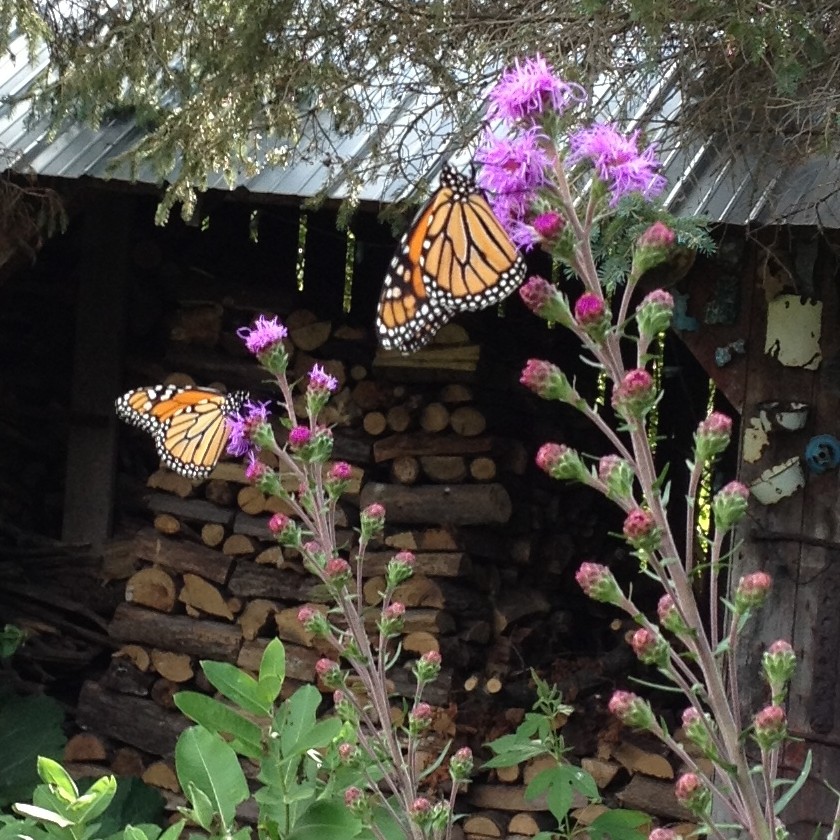 The monarch butterfly is a cold blooded creature and cannot live where the climate freezes or it will die. So east of the Rocky Mountains, the monarchs begin to migrate south to Mexico in late summer. They bulk up on nectar to build fat supplies and start seeking each other out, traveling together and roosting overnight in clusters as they make their way south.

The first three generations of monarchs, up to now, have only lived for 4-6 weeks. They have had to spend their energy focusing on repopulating all the monarchs that cover this part of North America. But the fourth generation is different. They eclose (emerge) from their chrysalis in a state of diapause, which basically means that their sexual organs are not developed yet. Instead of focusing on mating and creating lots and lots of monarchs, these little butterflies have to spend all their energy preparing for and making a very long journey to Mexico. 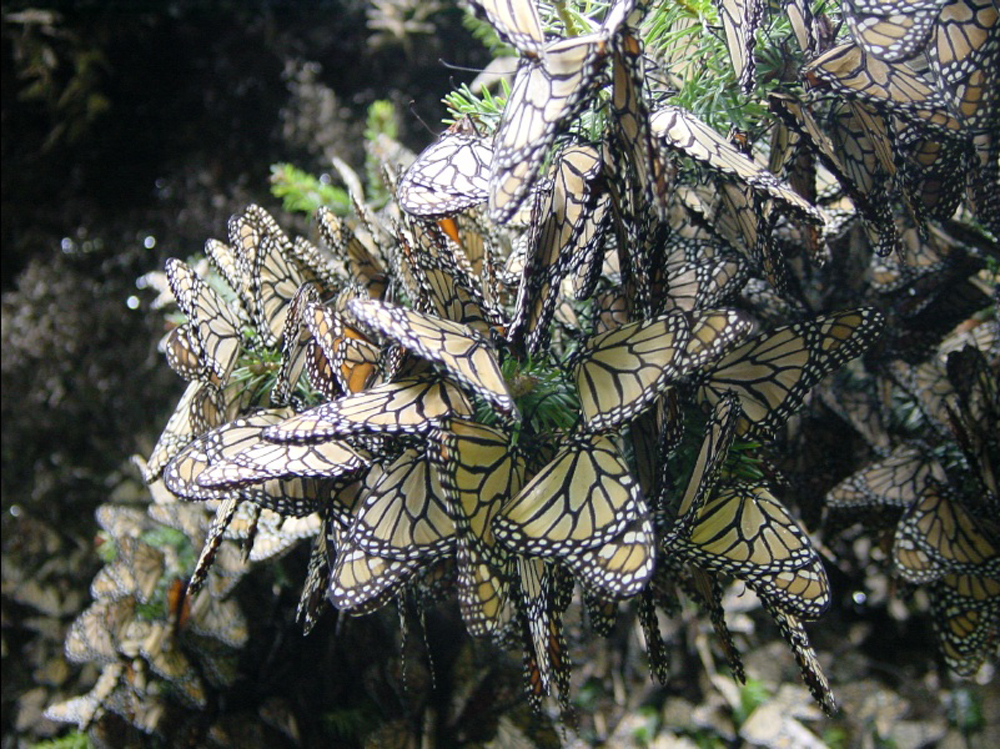 Here they will spend the winter. This fourth generation will live up to 8 months, most of it in the high Mexican oyamel fir forests, where they cluster together for protection against cold and weather. In the Spring, as it warms, they will fully develop, begin to mate and migrate north.

THESE LITTLE MONARCHS, THE ONES THAT HAVE SURVIVED THE WINTER IN MEXICO, WILL BE RESPONSIBLE FOR REPOPULATING ALL THE MONARCHS EAST OF THE ROCKY MOUNTAINS THAT YEAR.

Once the Mexican monarchs start mating, the clock starts ticking for them and they will only live about another four weeks. As they head north, they look for milkweed in Texas and the southern United States to lay their eggs on and start the whole monarch cycle over again. West of the Rocky Mountains, the monarchs migrate to a few select eucalyptus groves along the California coastal area. A few monarchs from this area may migrate to Mexico, but for the most part it is believed they stay in California. And a few monarchs may winter over in Florida, Texas and the lower southern states, but again, most of the eastern monarchs will find their way to Mexico. Here is a link to a monarch migration map. In it you can see why it loss of habitat in the corn belt so important, and also why it is so disturbing to not be seeing the numbers in that area when it is considered a high monarch production area.