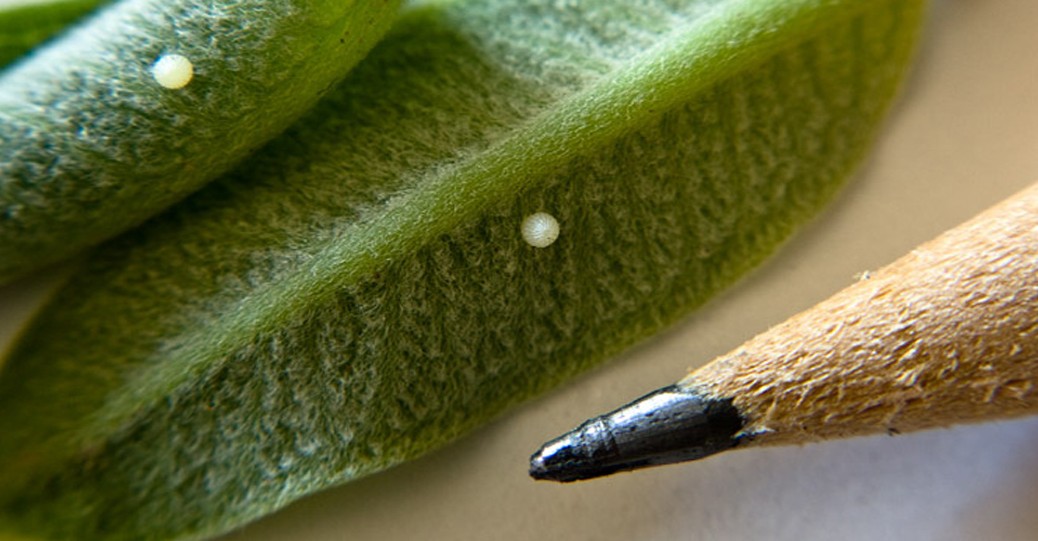 Which came first – the monarch butterfly or the egg?

Let’s start with the monarchs, the ones wintering over in the trans-volcanic mountain area in central Mexico. We will call them Mom and Pop. 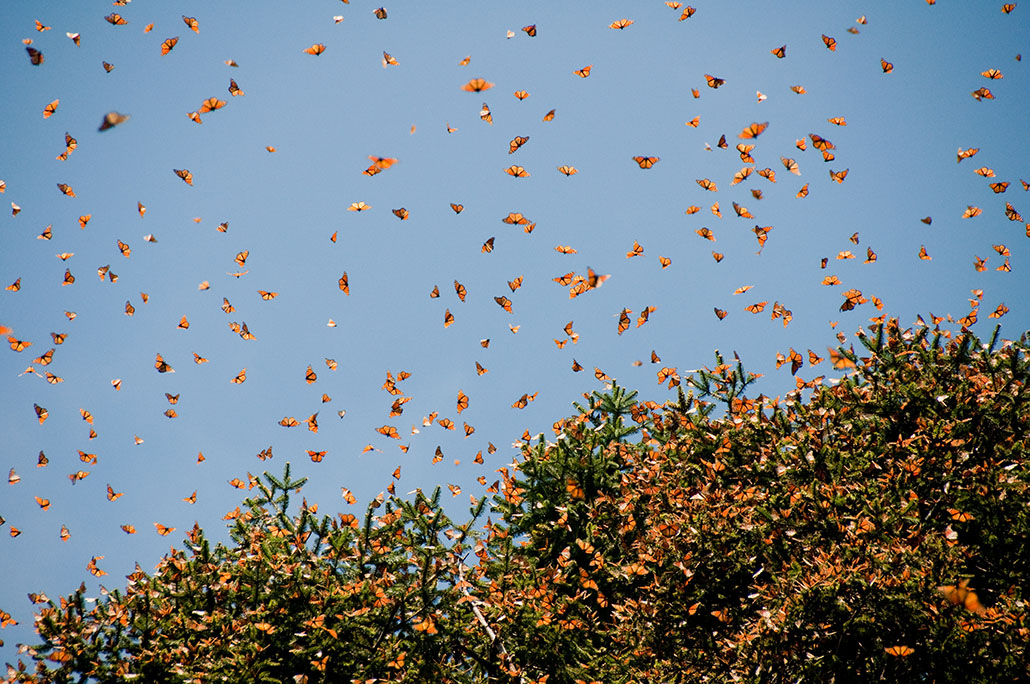 Well Mom and Pop have been hanging out in the oyamel fir forests for the past several months. The Spring weather is warming and now they are itching to head north again. They make it into the southern United States – mainly Texas, Louisiana – where they mate, lay the first generation of eggs and then die. For the next three to four months, the monarch will be focused on doing just this – making more monarchs. On the east side of the Rocky Mountains, they progress their way north as far as Canada. These little butterflies will produce generation two, three and four before the cold forces them back south. But the amazing thing here is that when it is time for the great-great grandkids of Mom and Pop to head to Mexico, how do they know where to go? They have never been there before! We’ll get to more on that later… 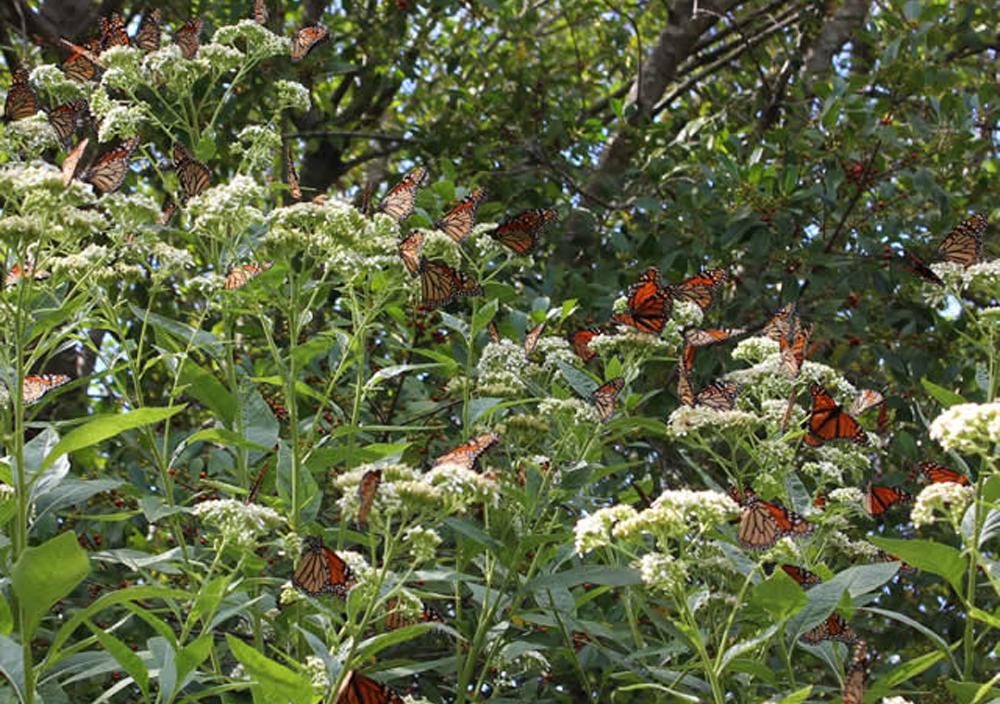 Generations one, two and three are totally focused on making lots of monarchs. They feed on the nectar of flowers, which supply them with the energy they need to breed and lay lots and lots of eggs. The female monarch will lay several hundred eggs, but she will ONLY LAY HER EGGS ON MILKWEED and when the eggs hatch into caterpillars, MILKWEED IS ONLY PLANT THE MONARCH CATERPILLARS EAT. This is why it is so important that we have milkweed. No milkweed, no monarchs. it really is that simple. 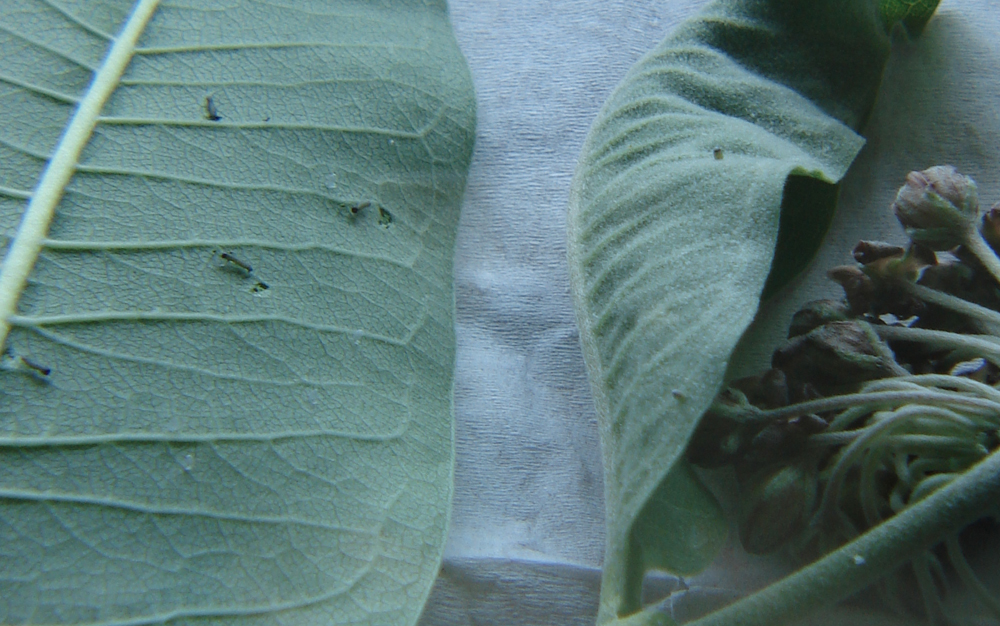 The eggs will take usually 3-5 days to hatch, depending on how warm it is, and they are very tiny. When the itty bitty caterpillars hatch, it can be hard to see them. In the next 10-14 days, they will grow 3000 times, eventually getting about the size of your pinkie finger. During this time they will shed their cuticle or skin (like a snake), as their enthusiastic appetites force them to outgrow their current bodies, four times. Each of these ‘sheds’ is referred to as an instar. The 5th instar will then be ready to shed it’s skin one last time as it prepares to become a butterfly. 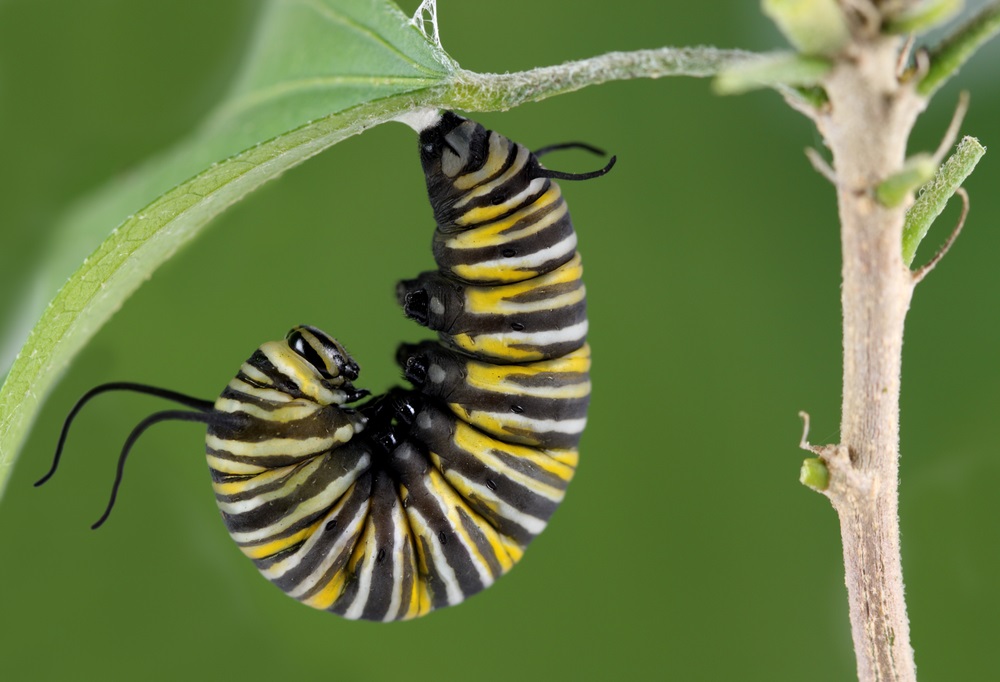 When it is time, the caterpillar will hang upside down in a “J” for about 18 hours. Then finally the skin will split along its back and the “J” will wiggle around until the skin shrivels all the way to the top. Underneath is a green, gooey blob that is very, very fragile. 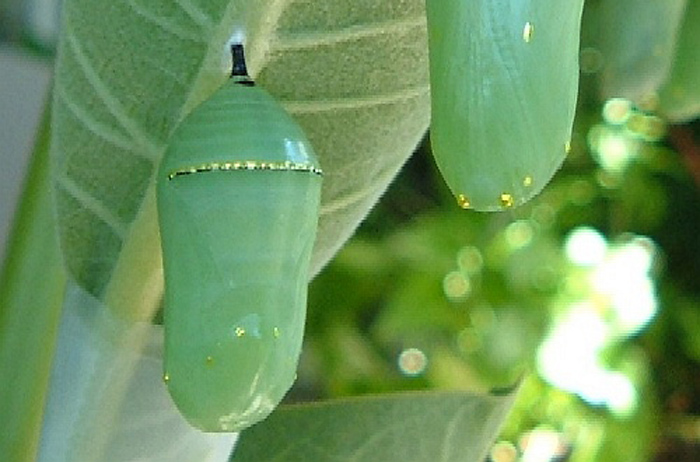 It will take several hours for the blob to shrink and form the hard shell of its chrysalis. Tucked inside, the caterpillar will take another 10-14 days to transform into a whole different creature – the monarch butterfly. When the monarch is ready to hatch – or eclose – the chrysalis will become clear and the monarch is actually visible. While upside down, it will push open the chrysalis with its legs and the large abdomen will emerge along with its tiny, scrunched up wings. 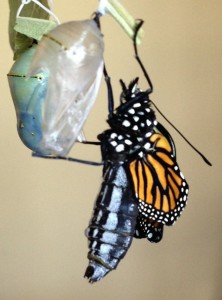 The monarch will pump the fluids from its fat abdomen through the veins in its wings, which will allow the wings to expand to their full size. The wings are very fragile, like wet tissue paper, so the monarch will continue to hang, with its wings held downward for the next several hours while it waits for them to dry and harden so it can fly. The monarch will continue to develop and may not eat for a day or two, living off the milkweed fat reserves until it is ready to start a new liquid diet of flower nectar. 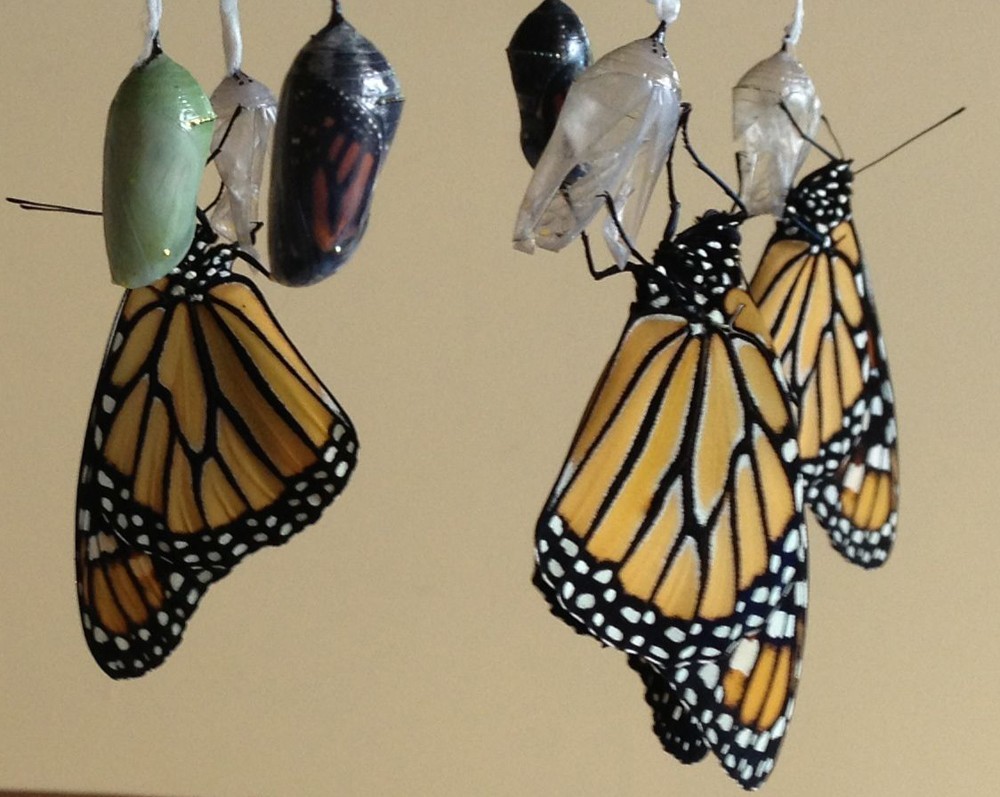